Whether you're on the fence about using a bidet or are just curious about how they work, this post will compare and contrast toilet paper with bidets. We'll take a look at the pros and cons of each and discuss some of the popular myths about bidets. By the end, you should have all the information you need to make an informed decision about which hygiene method is right for you.

When it comes to hygiene, there are two main methods: toilet rolls or bidet. Toilet rolls are the most popular method in the Western world, while bidet attachments are more common in Europe and Asia. There are pros and cons to each method, so let's take a closer look.

Toilet paper is a convenient and easy way to clean up after using the bathroom. It's also relatively cheap and easy to find. However, they have some drawbacks. For one, using just toilet paper is not at all effective at cleaning your bottom. In fact, research has shown that TPs only remove about 50% of fecal matter

Bidets are becoming more popular in the United States - what are they and how do they work?

If you're like most Americans, you probably think of bidets as those little things in Europe that people use to spray their butts with water. You may even believe they are a little weird. But bidets are becoming more and more popular in the United States, and there's a good reason why.

The first bidets were likely invented in the 17th century, though their exact origins are unknown. They became popular in France during the 18th century and quickly spread to other parts of Europe. Bidets were initially seen as a luxury item, but they eventually became commonplace in households across the continent.

During the 20th century, bidets began to gain popularity in Asia. In Japan, electronic commode (known as Washlets) were introduced in the 1980s and quickly became popular. Today, it is estimated that over 80% of Japanese households have a Washlet. In South Korea and Taiwan, bidets are also widely used.

So Why Do Americans Despise Bidets? Well, bidet toilet use is fraught with cultural taboos. Bidet use has been around since the 18th century in France. When indoor plumbing became popular in the nineteenth century, it soon expanded over Europe and the rest of the world, with the exception of America. Americans observed bidet attachment in European brothels during world war ii and linked them with sex work.

It wasn't until the 21st century that bidets started to gain popularity in North and South America. Today, you can find them in many homes, hotels, and even public restrooms.

Bidets can be more hygienic than toilet paper - here's why 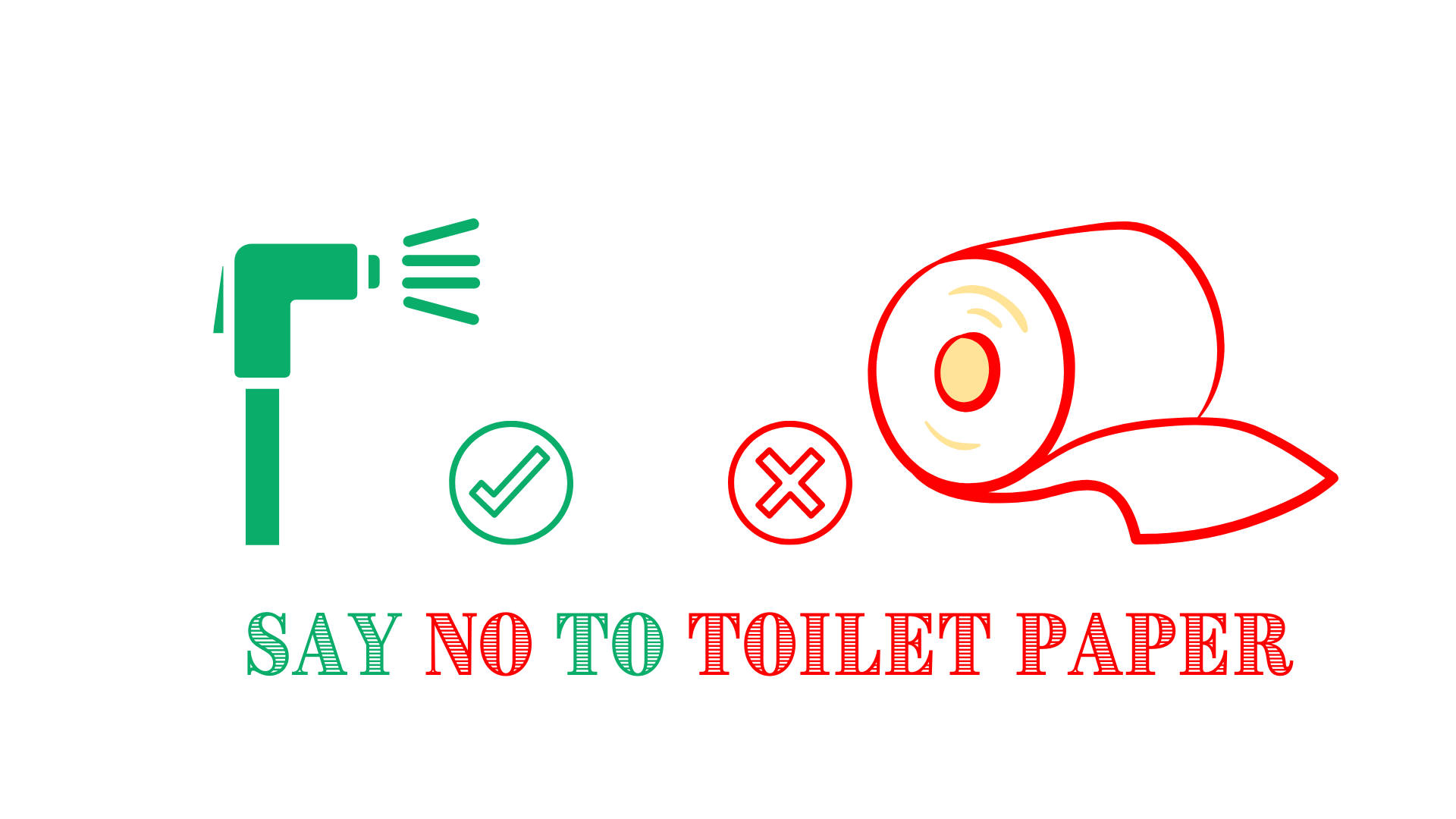 Forget toilet rolls - bidets can be a much more good hygiene option for cleaning up after using the bathroom. . In this blog post, we'll discuss the health benefits of using a bidet.

1) Bidets can help avoid irritation by cleansing with water instead of abrasive dry toilet paper.

3) They can help reduce the spread of infection, as they do not require contact with feces.

4) Bidets can also help to improve public health, as they can reduce the spread of disease. In particular, they have been shown to reduce the transmission of gastrointestinal diseases.

5) Wet wipes are another option for cleaning after using the bathroom. However, wiping with wet wipes can contain chemicals that may be harmful to your health. In addition, wet wipes can cause irritation and inflammation.

Are there any disadvantages to using a bidet instead of toilet rolls?

A bidet is a personal preference hygiene device that many people use as an alternative to toilet rolls. While there are some advantages to using a bidet, there are also some disadvantages that you should be aware of before making a decision about whether or not to purchase one.

One of the main drawbacks to use a bidet is that it can be pretty messy. If you are not careful, you may end up with water all over your toilet seat and bathroom floor. This can be especially dangerous for high-risk pregnant women or young children who could slip and fall. In addition, some people simply prefer the feel of toilet rolls on their skin.

Another disadvantage of bidets is that they can be costly. While the initial investment may be higher than simply buying toilet rolls, you will also need to purchase special cleaners and attachments for your bidet. This can add up over time, so it is important to factor this into your decision-making process.

Despite the disadvantages of using a bidet, many people find that the pros outweigh the cons. If you are looking for an environmentally friendly and hygienic alternative to TPs, use a bidet and you will not regret it.

Which is better for the environment - toilet paper or bidets?"

There is a lot of debate over which is more environmentally friendly - toilet rolls or bidets. Toilet roll production results in the destruction of trees, whereas bidets use less water and save resources. Additionally, using TPs can cause medical issues like hemorrhoids, while bidets are hygienic and help to prevent these problems.

In terms of environmental friendliness, bidets are the clear winner. Toilet rolls are made from trees - and we all know how important trees are for the environment. They help to regulate the climate, provide homes for animals, and produce oxygen that we need to breathe. By using less toilet paper, we can help to preserve our forests and reduce our carbon footprint.

Bidets can save costs in the long run 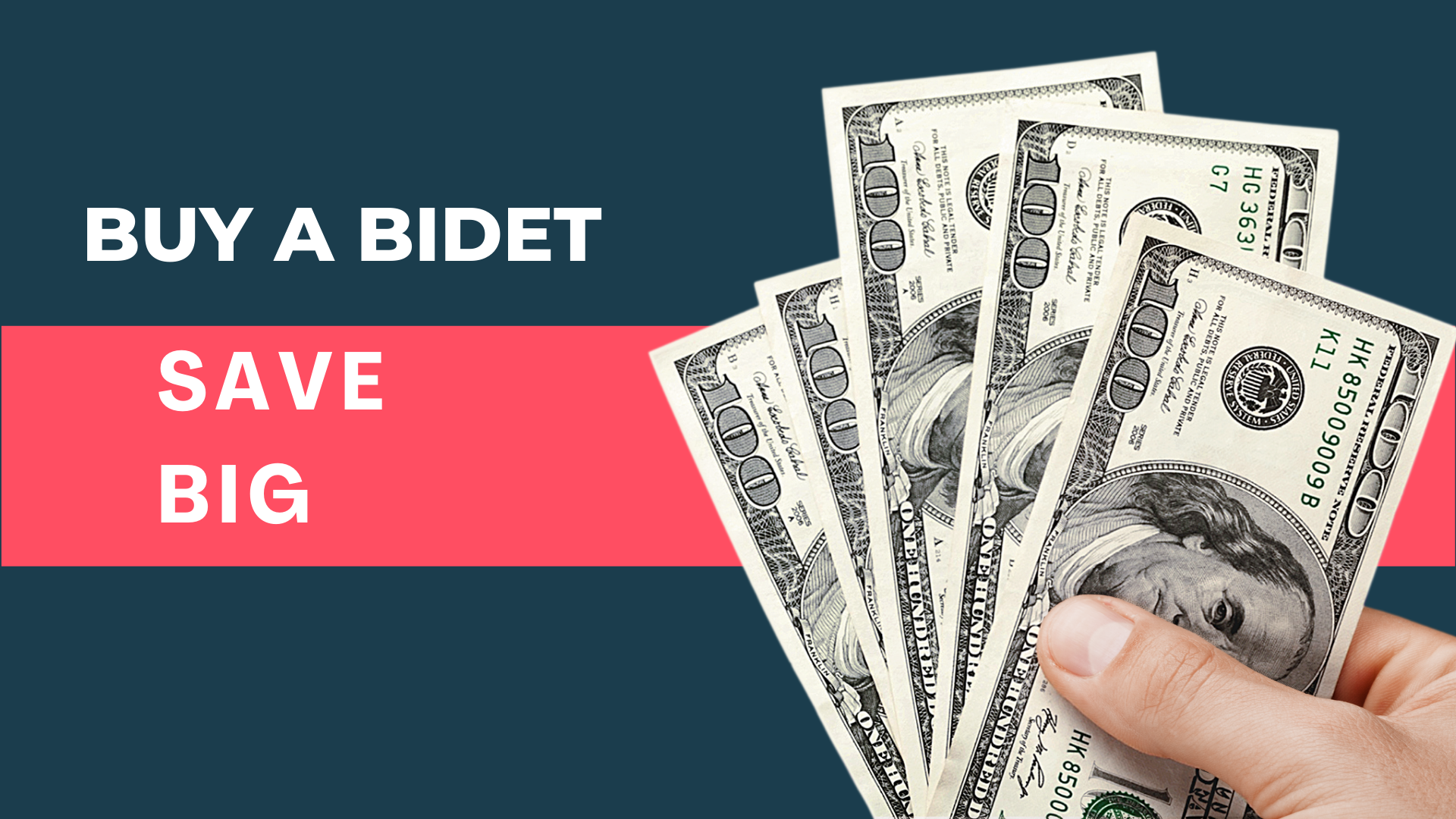 When it comes to cost, bidets may seem like a more expensive investment upfront, but over time they are the better investment when it comes to saving money. More research shows that the average person uses about 100 rolls of TPs per year, which costs about $30-$40 per year. Bidets, on the other hand, only cost about $50-$200 upfront (depending on the model).

How Toilet Paper is Made: The Harmful Process Behind Your Everyday Necessity

Toilet rolls are something that we all use on a daily basis, but few of us know how it's made. Toilet paper is one of those everyday necessities that most of us take for granted. But what you may not know is that the process of making toilet rolls is actually quite harmful to the environment.

The process of making TPs begins with the felling of trees. Trees are cut down and transported to a pulp mill where they are turned into wood pulp. The wood pulp is then bleached and turned into paper. After the paper is made, it is then coated with chemicals to make it soft and absorbent. These chemicals can be harmful to the environment and human health.

There are more eco-friendly alternatives to toilet tissues that can help reduce your environmental impact. Wiping with bamboo toilet paper is one such alternative. Bamboo is a sustainable material that grows quickly and doesn't require the use of harmful chemicals.

You can also find recycled Tps made from post-consumer waste. Wiping with recycled toilet tissue is just as effective as traditional toilet paper, but it has a much smaller environmental impact. 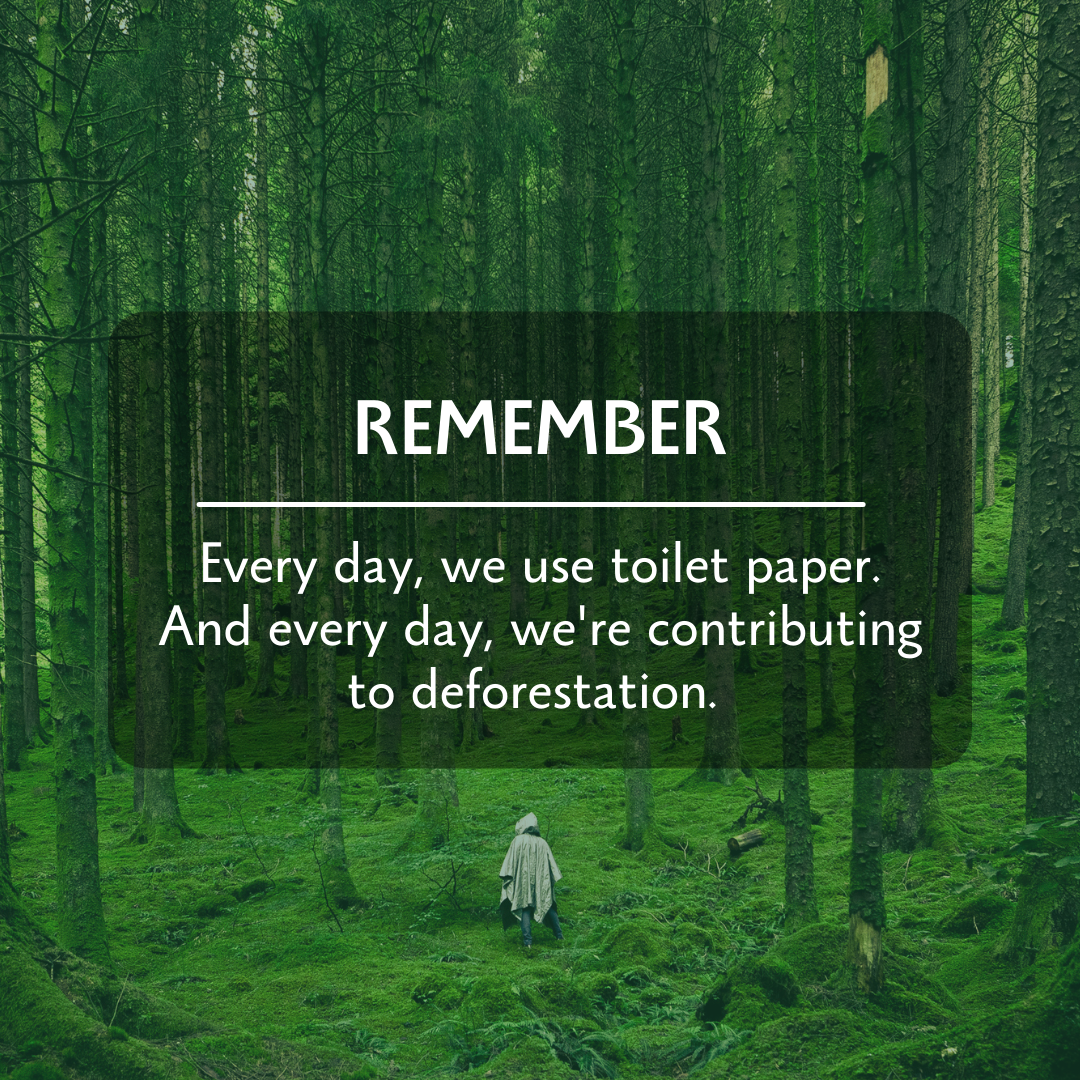 Did you know that toilet tissues are one of the biggest contributors to deforestation? In order to make the paper for all those rolls of tissue, trees have to be chopped down. When people use dry toilet tissues, it creates more waste and requires more trees to be cut down.

If we all switch to washing our bottoms with water instead of using TPs, we can help save the planet. It might take some getting used to, but it's worth it for the sake of the environment. So next time you reach for a roll of TP, think about the trees that were sacrificed for it.

Bidet Cleaning: The Importance of Keeping Your Bidets Clean

A lot of people think that bidet cleaning is not a necessary task. However, if you want to keep your bidets functioning properly and looking clean, it's important to clean them regularly.

It's critical to keep your bidet clean and sanitized at all times. It can accumulate a wide range of microorganisms due to its nature, especially if the bathroom is shared. A test in a Japanese hospital revealed that the bidets were contaminated with harmful organisms. It's critical to keep the equipment clean for optimal health. 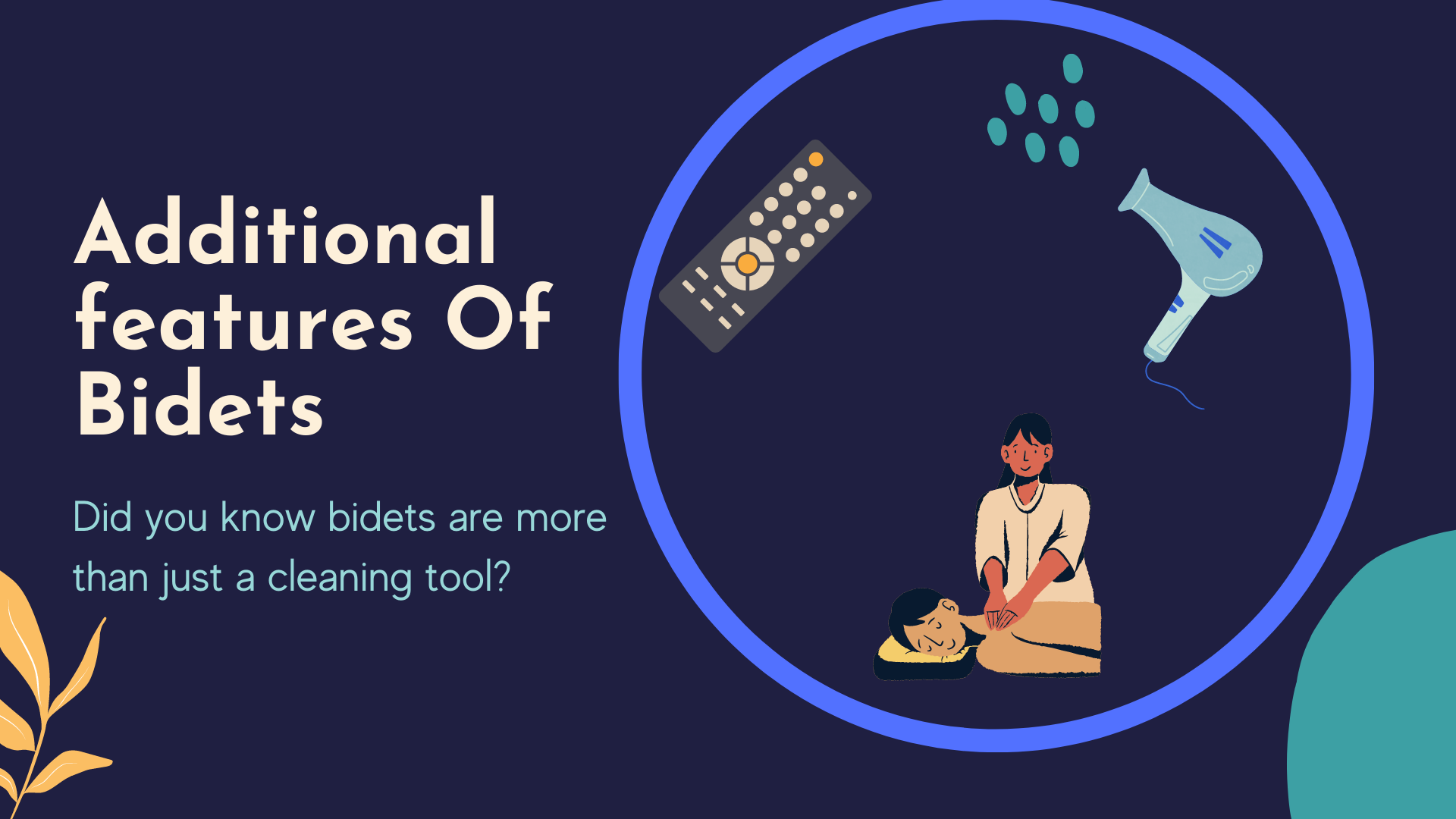 While most people think of a bidet as simply a way to clean themselves after using the restroom, there are actually many different features that can be found on various models of bidets. Here are just a few of the extra features you may find on a bidet:

-Massage: Some bidets come with a massage function that can provide a relaxing and refreshing experience.

-Dryer: Many bidets will also include a built-in dryer, which can be very helpful in avoiding the need to use tissues.

-Remote Control: Many of the higher-end models will come with remote control, which can be very convenient.

As you can see, there are many different extra features that you may find on a bidet. So, if you are looking for a more feature-rich model, be sure to keep it.

Bidets in Nursing Homes: The Latest Trend in Elder Care 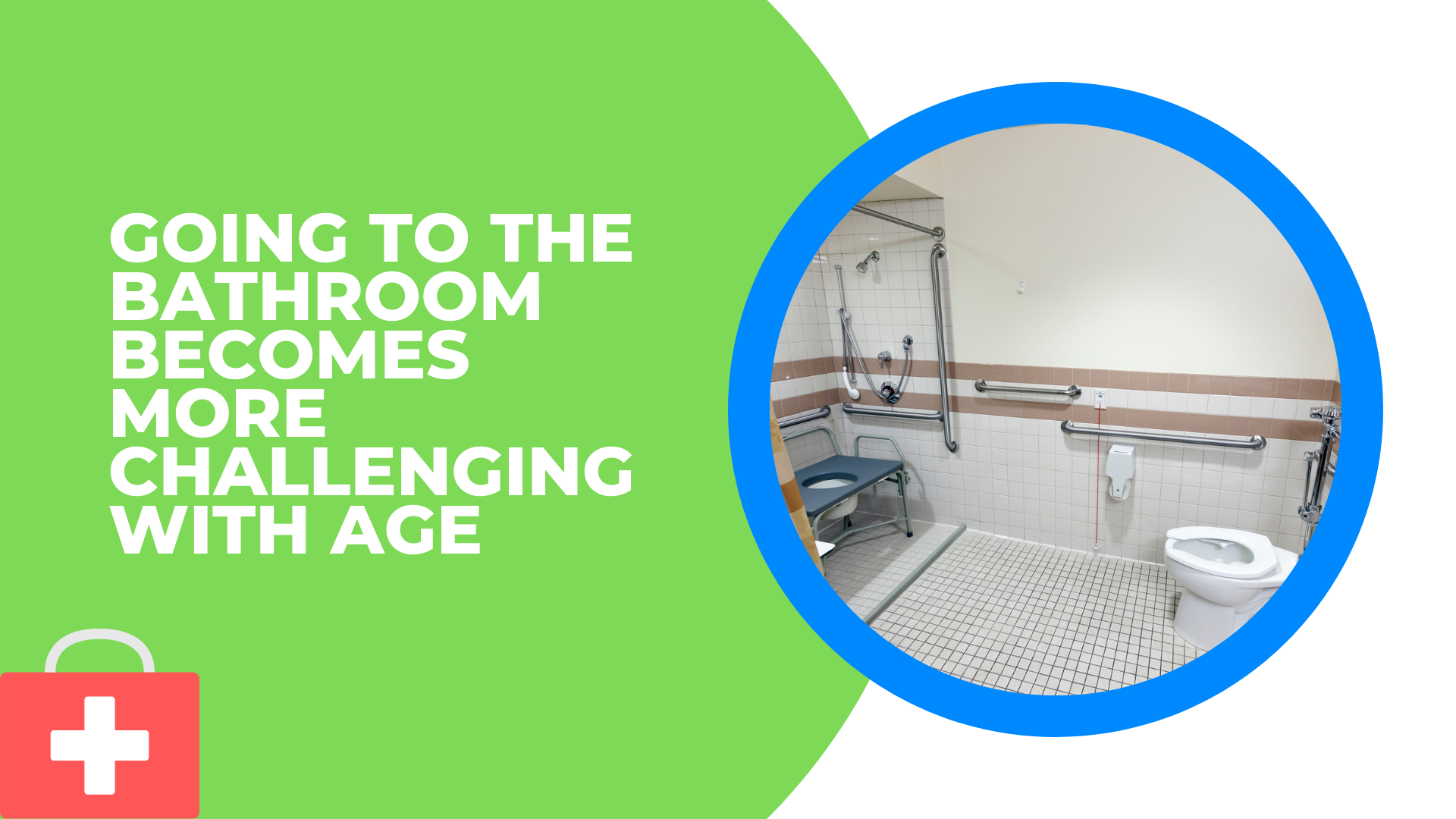 Bidets provide a much more thorough and hygienic clean than tissues alone. Toilet paper can often leave behind traces of fecal matter, which can then lead to infection. Bidets, on the other hand, provide a deep clean that leaves the area around the anus clean and free of any potential contaminants.

So, are bidets the new toilet paper? It seems that way. They’re becoming more and more popular in the United States, and for good reason – they can be more hygienic than toilet papers. They give the best bathroom experience and leave a positive effect afterward. There are a few disadvantages to using bidets – like the fact that you have to keep them clean – but overall they seem to be a better option for both your health and the environment.

If you’re not sure if a bidet is right for you, check out some of our other articles. We hope this article has persuaded you that a bidet is a "must-have" item in your bathroom.